This article is taken from the Swansea Bay University Health Board

Healthy eating will soon take on a whole new meaning with exciting plans to develop a “farm” on land near Morriston Hospital.

The health board has agreed to turn over an area of land to a not-for-profit venture to grow a range of crops – with the wider community and potentially hospital patients helping to run it.

Main photo above: Amanda Davies and Rob Hernando in the field near Morriston Hospital that will be used to grow crops

Although independently run, the project is being supported by Swansea Bay as part of its wider commitment to a more sustainable future.

Community Supported Agriculture (CSA) initiatives are partnerships between farmers and consumers in which the responsibilities, risks and rewards of farming are shared.

They are run by one or more principal growers supported by volunteers who are able to learn new skills and enjoy the therapeutic benefits associated with gardening activities.

Funding comes from a variety of sources, including grants and the sale of weekly organic veg boxes to local subscribers.

CSAs originated in Japan and North America and are now established across Europe and the UK – including two in Gower.

Swansea Bay UHB became involved after discovering that Swansea’s Food Poverty Network was looking for opportunities to establish further CSAs across a wider area of the city.

“Like many other parts of Wales, we face increasing challenges about how to keep our population healthy,” she said.

“We also continue to have health inequalities across different parts of the area.

“We know that people living in Swansea East have a life expectancy of 12 years less than those who live in the west of Swansea.

“We need to think differently about how we address these challenges if we are to have a sustainable health and care service in the future.”

Some time ago, the health board bought land near Morriston Hospital for potential future development. However, the topography of one part of this land makes it unsuitable to be built on.

But, as it turns out, the soil is ideal for growing crops. 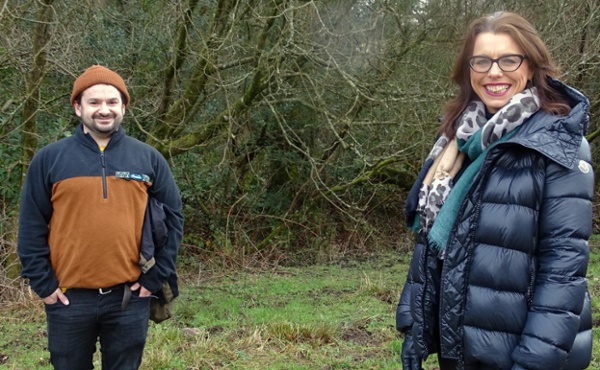 Swansea Bay linked up with Cae Tan, a successful CSA based in Parkmill, Gower, and with National Resources Wales to explore the possibility of developing this 7.6-acre site, which comes complete with its own stream.

The health board has now committed to leasing the site, for a peppercorn rent, to a new CSA for 10 years, starting in mid-March.

It will be managed by principal grower Rob Hernando who has been involved in community projects in the Swansea area since 2014.

In 2017 he began studying for a Masters in sustainability and adaption with the Centre for Alternative Technology in Machynlleth, which fostered an interest in food supply networks and alternative agriculture.

Rob began volunteering at Cae Tan, and became passionate about creating access to similar projects in the east of the city, which eventually led to him working with the health board to develop the Morriston CSA.

“We will spend the first year developing the site. This involves various tasks like improving the access, hardstanding for parking and improving the fertility of the ground,” said Rob, who himself lives in Swansea east.

“The plan is to plant green manure crops over the field to build fertility for the first growing season, then doing all the other work like fencing, hedging, planting trees and improving biodiversity.

“The production of food will start around March 2023 and we hope to be able to provide regular food boxes from June that year.”

Details of how people can volunteer, and subscribe to veg boxes, will be announced later. And while Swansea Bay will not be directly involved in the CSA, some partnership plans are already being discussed.

Amanda said: “One of the proposals is for the CSA to provide us with a supply of vegetables on a regular basis.

“I spoke to our catering department and they said that was something they could look into.

“There’s an opportunity that our patients could have fresh organic soup, on a regular basis, improving their health and also reducing our carbon footprint. The food will come from across the road.

“There could also be an opportunity to use the hospital’s food waste for compost. There are DEFRA guidelines to follow, so we are having discussions about how we can do that.”

There will also be opportunities for patients to become involved, along with volunteers from across the wider community.

Amanda added: “Other health boards in Wales have done gardening projects but the Morriston CSA is the first on this scale.

“The Well-being of Future Generations Act has been the lever to encourage us to think differently about how we use our estate.

“By saying land is not just for building on, we can support people in our community by increasing access to healthy, affordable food.

“The CSA will help connect our community, improve skills, reduce loneliness and isolation, and improve people’s health and well-being. And at no cost to the health board.”

Rob said that, when he first started thinking about his own CSA, he had no idea he would end up working with the health board.

“It feels like quite a unique relationship but also one that makes logical sense,” he added.

“We are trying to provide healthy locally-sourced food, not only to help the environment but to help our people.

“If we can provide opportunities for people to improve their health and well-being through their daily actions and therefore reduce pressure on the health service it seems logical, and that is what’s really exciting for me. 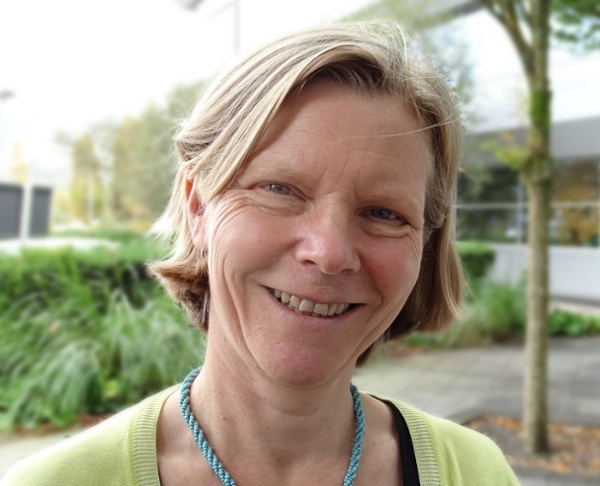 “If it is successful, and I fully expect it to be successful, it’s something that can potentially be replicated elsewhere.”

Swansea Bay UHB’s Chair, Emma Woollett (left), said: “I’m delighted we have been able to support such a worthwhile initiative.

“The board takes their responsibilities under the Well-being of Future Generations Act very seriously.

“This is a perfect opportunity to support our communities, increase well-being and encourage greater access to affordable, healthy food.