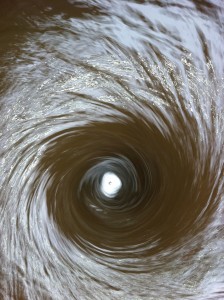 Its been a while since I wrote a post. I went away on holiday in August & got out of the loop, but as autumn settles on us I thought I’d write about one of the biodynamic practices we use on the fields.

Biodynamic agriculture originates from a series of lectures that Rudolph Steiner gave to a group of farmers in Silesia in 1924.

Biodynamic translates as ‘bio’ life, ‘dynamic’ force. So its Life Force Agriculture. This life force is exhibited in our soil, our crops, our animals, the people who work the land & those who eat what comes from the land. Its a constant work, learning process & juggling act on all sorts of levels to find the right balance to allow these elements to thrive.

My introduction to biodynamic agriculture was as a trainee at the age of 21 in Jerpoint Camphill Community in Southern Ireland. The community worked on a 1 acre garden & small farm to produce veg, meat, milk & eggs for its community of people with learning disabilities (the lads) & an international crew of volunteers. It was a really rich period in my life & provided a solid foundation to everything I’ve been involved in since.

Our focus was in equal measures to work with and care for the land in a mindful sense and to provide meaningful & satisfying work for the ‘lads’.

I had the good fortune to have a one to one apprenticeship with a biodynamic grower & whilst at Jerpoint myself & my cousin put together a biodynamic training course, inviting some of the leading biodynamic bods from around Ireland to come & share their knowledge with us.

To alot of people I find that the practice of biodynamics is hard to grasp. Many of the writings are quite intellectual & the concepts unfamiliar. People think its just a bit weird. I think this depends on the context you meet it in.

Personally, I have found it a really exciting & mind opening journey which allows me to have a different view of the crops we grow, the landscape around us & how we interact with one another in this environment.

To give you an idea of what its about, I’ll try to concisely get across one of the key practices we carry out.

The ‘horn manure preparation’ or ‘500 preparation’ is a fertility building treatment that we apply to the land in spring, summer or autumn.

Biodynamics very basically follows two key motions of inward movement & outward movement. This can be reflected in the in breath & out breath; the inward workings of the soil in the depths of winter & the outward exuberance of flowers, fruit & insects in the height of summer; our own birth & death & ultimately the birth & death of a planet.

I may have lost you already……

Its basically about working with a natural flow that exists within nature. Sounds like some kind of hippy thing? I find it a pleasure to work with as it literally allows you to contemplate the stars & wider universe whilst you’ve got your hands in the soil or even a bucket of diluted cow shit!

Now you’ll probably find this a bit out there!

The horn manure preparation is made by filling cow horns with cow manure & burying them in the soil for the winter period. They are then dug up in spring, mixed in water & applied to the land to increase biological activity, soil fertility & life force. 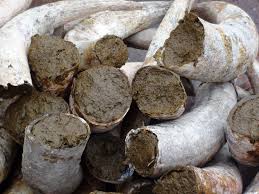 The basic idea is that the cow manure, from a lactating cow is super rich in flora & fauna, having travelled a huge distance through the cows intestines. The cow is also seen as a very earthy land aware creature. Steiner perceived the cow to be more conscious in its 4 stomachs than in its head. If you hang out with a grazing cow, have a look at its glazed over eyes & you can just imagine how theres not any great thoughts going through its head, but all the action is happening in its 4 stomachs.

Whilst its belly is processing the fodder it eats, the cow is literally processing the land it stands on, churning over, digesting it & transforming it into a biologically rich substance. Cow Poo!

This process is directly linked to the cows bloodstream. Blood flowing around its bellies is also flowing up through the tips of the cows horns & back around the rest of its body.

In this sense the cow horns are seen as a cap holding the life force of the cow in as in digests and transforms what it eats. So the cow horns do the same job over winter whilst the manure is buried in the ground.

Whereas this process was happening inside one cow, once the horn is buried, the earth is seen to act like the belly of the cow. In autumn & winter, the outward surging summer forces of warmth, growth, smell, taste, colour all return to the earth for winter. Many of these qualities are trapped in the crops that we store for winter foods.

So through the winter period, this rich substance is composted & digested in the belly of the earth, taking on new qualities some of which can be both measured & some not.

So twice this year at Webbsfield & once at Furzehill, myself and others took some of this composted horn manure, mixed it in water & spread it on the fields to boost life force in the soil, in our crops & hopefully in us!

I won’t go into the method of mixing & applying the horn manure just now as this is another story.

If this is something you’d like to learn more about, then let me know & I’ll tell you when we’re making an application next spring.